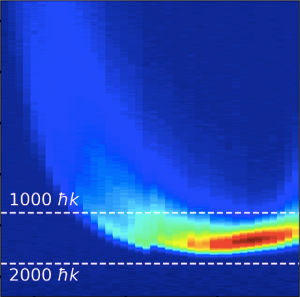 Xueping Long led the effort in Wes Campbell’s group to realize very strong optical forces that avoid the deleterious effects of spontaneous emission. A major issue in cold atoms and molecules is slowing a beam to speeds where the particles can be cooled and trapped. This often means scattering 100,000 photons or more. For molecules the photon scattering budget is limited by branching to excited vibrational states which, when populated, are essentially lost. This is the experimental realization of the force that we proposed for slowing molecular beams. The experimental work has been published in PRL.